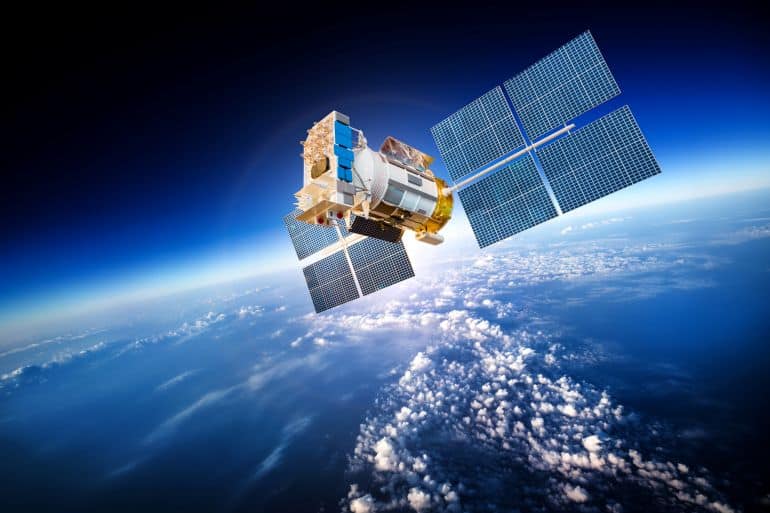 GPS stands for Global Positioning System. It is a highly accurate navigation system using signals from satellites to determine a location on the Earth’s surface, irrespective of weather conditions.

It is dependent on satellites high above the Earth which transmit signals containing the time and location of the satellite. Any ground-based receiver which receives signals from four or more GPS satellites can use navigation equations to calculate its location on the Earth’s surface. Constant signaling can then update speed and direction information for moving receivers.

GPS was originally developed for military use but since the 1990s has been open for civilian use and is now used in such common applications as mobile phones, car navigation systems, and of course surveying and mapping.

How is GPS Used in Surveying?

Surveying and mapping was one of the first commercial adaptations of GPS, as it provides a latitude and longitude position directly without the need to measure angles and distances between points.

However, it hasn’t entirely replaced surveying field instruments such as the theodolite, Electronic Distance Meter, or the more modern Total Station, due to the cost of the technology and the need for GPS to be able to ‘see’ the satellites therefore restricting its use near trees and tall buildings.

In practice, GPS technology is often incorporated into a Total Station to produce complete survey data. Receivers used for base line measurements are generally more complex and expensive than those in common use, requiring a high quality antenna.

There are three methods of GPS measurement utilised by surveyors.

This is used for determining accurate coordinates for survey points by simultaneously recording GPS observations over a known and unknown survey point for at least 20 minutes. The data is then processed in the office to provide coordinates with an accuracy of better than 5mm depending on the duration of the observations and satellite availability at the time of the measurements.

This is where one receiver remains in one position over a known point – the Base Station – and another receiver moves between positions – the Rover Station. The position of the Rover can be computed and stored within a few seconds, using a radio link to provide a coordinate correction. This method gives similar accuracy to baseline measurements within 10km of the base station.

This where a survey quality GPS receiver is permanently installed in a location as a starting point for any GPS measurements in the district. Common users of CORS are mining sites, major engineering projects and local governments. Surveyors’ GPS receivers can then collect field data and combine it with the CORS data to calculate positions.

Many countries have a CORS network that are used by many industries. Australia’s CORS network is the Australian Regional GPS Network, and uses an online processing system to deliver data over the internet within 24 hours, and give positions within an accuracy of a few centimetres. Local CORS networks are also used to provide instant positions similar to the RTK method by using a mobile phone data link to provide a coordinate correction to the surveyor and their rover.

We trust that this information is useful for you.

Jurovich Surveying is an Australian surveying company specialising in large resources and infrastructure projects around the country. We also have teams working on residential and commercial projects from our offices in Perth, Sydney and Adelaide. Please contact us.

COVID-19 Update: We are open and operating.